Into the Nexus is back! The people’s show. The show for the people by the people. Garrett and Kyle take a look at Blizzard’s upcoming releases and talk about the health of video game production. NGS continues and Kyle has a few new strats to share with you including a fancy new reason to pick Zagara (last pick that is). Emails and more, oh yea!

Around the Video Game Sphere

Witcher 4: CD Project Red gives up on own engine for Unreal 5

NGS vs. gillysharks at the Bingo 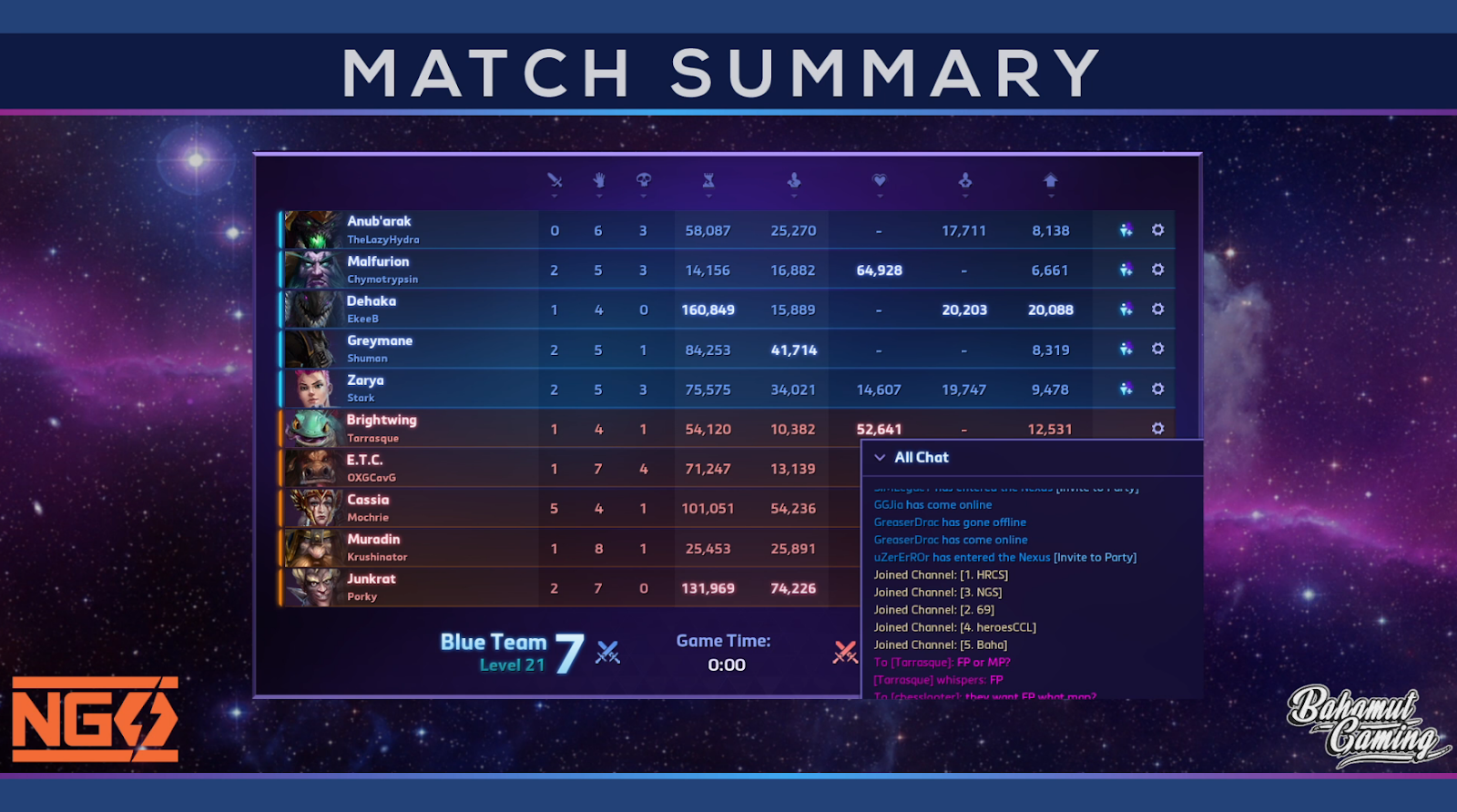 Thanks to our Patreon producers Shawn B, Mike R, & Justin St-Pierre!

Popular NGS Strat that’s harder to do than you think.

Question for the show. One of the many things I like about heroes is that it has “oddity” heroes in it… Abathur, Cho'gall, Murky, Lost Vikings all come to mind (there are others of course). Question is… which odd hero would you guys add to your roster to master if time wasn’t an issue? And which is your favorite “odd” hero?

A thought on the ranged tank idea -- you could have ranged abilities that do damage and maybe light CC, but could reactivate the abilities to greatly reduce the damage, but increase the CC. Maybe something like a skillshot that you could purposely miss, then reactivate and it's like and alarak push. You could use it to push away people diving on your team, or push mages out of range. I haven't thought too much on specifics but just an idea.

I now realize the ranged alarak push is kind of like Morales' grenade. so, maybe already been done

Do you think Morales needs anything? She's my most played healer because something is wrong with me, but her kit is quite boring compared to the flashy stuff Anduin or Whitemane can pull off.

Her Grenades are the most unique part of her kit but how they factor into the healer theme is puzzling at best until you hit lvl 13.

I guess what I'm really saying is, why can't she get energy back AT ALL from globes or tapping? Even 8 or 20 energy per hit from those gameplay elements, respectively, seems like it'd be tame. Am I crazy?

Long time player on a hiatus and long time (still) listener (show's way too great to give up, y'all are awesome to listen to), listening to some of the more recent episodes, I have 3 Hot or Nots to propose tha have been inspired by discussions:

Finally, something personal that you might've guessed: Currently looking for something to bring me back into playing the game as much as I used to. Obviously I'm looking for a more personal reason rather than waiting for content or a patch. What brings you guys back into the game and keeps you hooked and playing during patchless/contentless periods of time as casual players (other than the Podcast discussion, of course). Would really like a KiyeBerries take on this as I'm a healer and long range burst mage main.

Love you guys, and I hereby promise to jump on that Patreon as soon as I get my first salary (should be coming soon as I'm about to get my first job).

ITN is supported by our badass Patrons. You can become an ITN Patron by going to Patreon.com/itn.

Thanks to our Patreon producers Shawn B, Mike R, & Justin St-Pierre!