Balance time! Delivered fresh from the devs. Garrett and Kyle walk you through all the changes which are already live inside your game! Blaze, Garrosh, Muradin, Stitches, Imperius, Anduin, Raynor, Valla, Johanna and Orphea. But wait, where is Stukov? Well the infested man is out for the weekend due to bugs. Stay tuned and find out more.

Depends who you ask

PezRadar: Thanks for all the feedback regarding some of the bugs that came up from this latest balance patch. The team is working on a hotfix for next week, but we did want to note that we have disabled Stukov for this weekend in all forms of play due to some of his bugs that could possibly impact the quality of matches over the weekend.

We will provide an update on timing of the hotfix once we get closer to deployment. We will miss you for a few days our mangled armed Vice Admiral.

Loan Talents have been renamed to Gambit Talents.

Developer Comment: Crossfire has always been a wildly popular talent, so we’re bringing it baseline. With this early addition of damage, we’re comfortable pushing back his damage talent tier and swapping it with his impactful tanking talents.

Pyromania cooldown reduction from Regeneration Globes reduced from 8 to 6 seconds.

Garrosh
Developer Comment: Into the Fray has become a crucial part of what is expected from Garrosh, so we’re just giving in to the mad Warchief. We’re also mildly lowering the power of his level 7 talents to make up for this addition.

Developer Comment: Hold Your Ground’s talent tier has some competitive options, but it still feels more necessary than we’d like. We’re baking in some of its benefits, and those who love the talent will still have its current power - Hold Your Ground’s shield is increasing from 1078.4 to 1134. Johanna has landed fairly well, so we’re also lightly helping some of her weaker talents.

Developer Comment: We have never been really happy with Storm Bolt having a baseline quest as it causes players to play sub-optimally during the early portions of the game while stacking. Instead of removing the power of it, we have decided to automatically unlock its functionality when Muradin hits level 10. Alongside this change, we also took the opportunity to redesign Perfect Storm to reward both aggression and the proper use of Storm Bolt.

Developer Comment: Stitches is successfully lumbering his way through the Nexus in his own way – with a massive health pool and lots of healing. We think a small reduction on both ends will be healthy without tripping him up. We’re also reducing his Hook cooldown reduction on both Serrated Edge and Master Hooker, so Stitches will have to work harder to play with his food.

Thought for a half second, Flash of Anger baked in?

Developer Comment: Flash of Anger has overshadowed Imperius’ other level 7 talents for a while, as it was the premier option for both AoE damage and survivability. With buffs to both Blaze of Glory and Holy Fervor, along with a sizable increase in base power, we hope to see more Imperius action.

Flash of Anger currently has an almost 80% pickrate.

Developer Comment: Anduin is performing a little lower than we’d like, so we’re buffing his base power as well as his under-picked talents. Players have asked for Inner Focus, so we’re returning it with a slightly different flavor – please let us know how this feels to play with.

Developer Comment: We’d prefer a Brightwing that isn’t as dependent on Hyper Shift, so we’re reducing its cooldown reduction alongside Phase Shift’s base cooldown. While we’re here we’re sprucing up Brightwing’s level 20 talents, so Brightwing is ready for some new friends!

Stukov (Disabled for the weekend)

Developer Comment: Stukov had a couple of fun talents that were being overshadowed by stronger and/or more synergistic ones. We didn't want to lose their flavor, so we baked their current functionality into existing talents that were in need of a little love themselves.

Thanks for all the feedback regarding some of the bugs that came up from this latest balance patch. The team is working on a hotfix for next week, but we did want to note that we have disabled Stukov for this weekend in all forms of play due to some of his bugs that could possibly impact the quality of matches over the weekend.

We will provide an update on timing of the hotfix once we get closer to deployment. We will miss you for a few days our mangled armed Vice Admiral.

Both are fighting Ancestral Strength

Developer Comment: Jimmy ain’t fought his last battle yet. We’re returning Ace in the Hole to its original functionality, mostly in response to player sentiment, but also to open up a Basic Attack build that isn’t Gambit dependent. As always, thanks for your feedback! We have decided to remove Execute Orders from ARAMs, as we think even a less powerful version is still not healthy for the game mode.

Developer Comment: Valla is still settling into her place in the Nexus, but it’s been clear that her Multishot is hitting too hard. We’re heavily reducing Fire At Will’s ability to scale, while giving it an early push of damage. 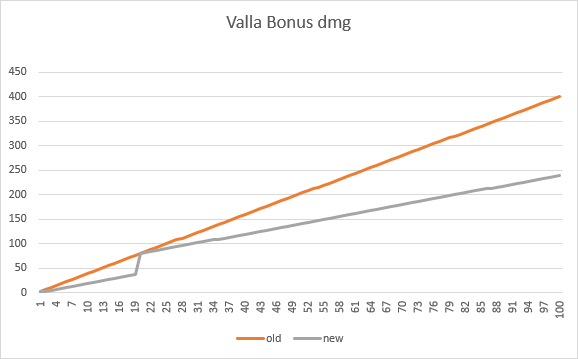 Depends who you ask

Kagitaar: would a regular speed boost feel better? Is the mount portion the feels bad?